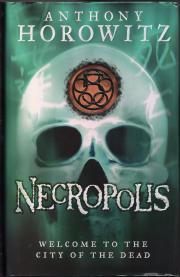 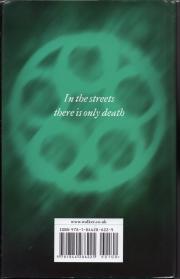 I lager
1 st.
An ancient evil is unleashed. Five have the power to defeat it. But one of them has been taken.

Fifteen-year-old Scarlett Adams is caught in a media storm after her strange disappearance - which she refuses to explain. But far away, in Peru, Matt Freeman guesses the truth. Finally, he has found the fifth Gatekeeper: the last of the Five who must stand together against the dark powers of the Old Ones.

He's not the only one looking for her. The forces of evil are one step ahead, luring Scarlett to Hong Kong and trapping her in a dying city where the very air is poisoned and from which there can by no escape.

The Old Ones have been tricked and defeated before. But this time they have a plan. This time they are in complete control.

This is the eagerly-awaited fourth book in this bestselling series. Hong Kong has been taken over by the Old Ones and has become Necropolis, city of the dead. Once in, there is no way out...Evil has been unleashed on the world and only five children - with special powers - can save it. Matt and the other three desperately need to find Scar, the final gatekeeper, who has been trapped in Hong Kong, where puddles of water turn into puddles of blood, where ghosts, demons and hideous creatures stalk the streets. Matt has no choice but to follow her. Now, both imprisoned, their only hope of survival is to reach a secret door in the Man Ho temple. But even if Scar can find her psychic power, it may already be too late.