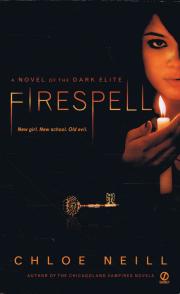 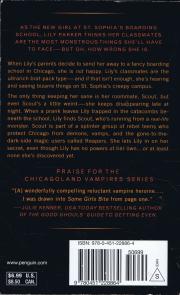 I lager
1 st.
As the new girl at St. Sophia's boarding school, Lily Parker thinks her classmates are the most monstrous things she'll have to face - but oh, how wrong she is.

When Lily's parents decide to send her away to a fancy boarding school in Chicago, she is not happy. Lily's classmates are the ultrarich brat-pack type - and if that isn't enough, she's hearing and seeing bizarre things on St. Sophia's creepy campus.

The only thing keeping her sane is her roommate, Scout, but even Scout's a little weird - she keeps disappearing late at night. When a prank leaves Lily trapped in the catacombs beneath the school, Lily finds Scout, who's running from a real-life monster. Scout is part of a splinter group of rebel teens who protect Chicago from demons, vamps, and the gone-to-the-dark-side magic users called Reapers. She lets Lily in on her secret, even though Lily has no powers of her own.. or at least none she's discovered yet.