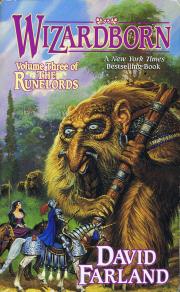 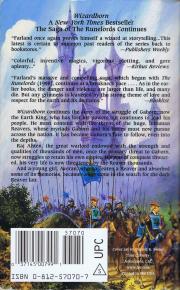 Wizardborn continues the story of the struggle of Gaborn, now the Earth King, who has lost hos powers but continues to lead his people. He must contend with the threat of the huge, inhuman, Reavers, whose myriads Gaborn and his forces must now pursue across the nation. It has become Garon's fate to follow, even into depths.

Raj Ahtan, the great warlord endowed with the strength and qualities of thousands of men, once the primary threat to Gaborn, now struggles to retain his own empire. His war of conquest thwarthed, his very life is now threatened by the Reaver thousands.
And a young girl, Averan, who has eaten a Reaver and absorbed some of its memories, becomes a keystone in the search for the dark Reaver lair.