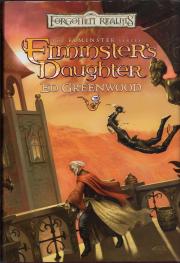 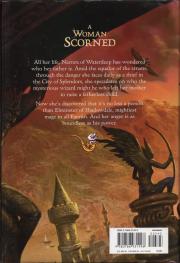 All her life, Narnra of Waterdeep has wondered who her father is. Amid the squalor of the streets, through the danger she faces daily as a thief in the City of Splendors, she speculatey on who the mysterious wizard might be who left her mother to raise a fatherless child.

Now she's discovered that it's no less a person than Elminster of Shadowdale, mightiest mage in all Faerûn. And her anger is as boundless as his power.


Narnra, thief of Waterdeep, knew the city streets like the back of her well-calloused hand. Every alley, every ledge, every rooftop she knew as she slipped among the city's mighty, deftly relieving them of their coin.

She never thought to find her father. She never guessed that he was the greatest mage in all the land. And she never expected to find herself knee-deep in a plot involving the great houses of Sembia, Red Wizards of Thay, and pitiless assassins who'd as soon cut her throat as look at her.

Now she'll have to unlearn every lesson of her youth just to survive. And above all, she'll have to forge a relationship with a man she's never known, a magic-user who's probably the most dangerous of any she's ever met.