The Magicians and Mrs. Quent 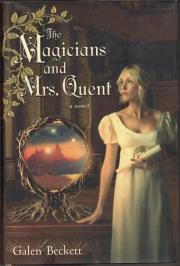 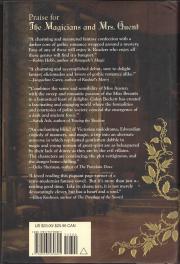 In this enchanting debut novel, Galen Beckett weaves a dazzling spell of adventure and suspense, evoking a world of high magick and genteel society—a world where one young woman discovers that her modest life is far more extraordinary than she ever imagined.

Of the three Lockwell sisters—romantic Lily, prophetic Rose, and studious Ivy—all agree that it’s the eldest, the book-loving Ivy, who has held the family together ever since their father’s retreat into his silent vigil in the library upstairs. Everyone blames Mr. Lockwell’s malady on his magickal studies, but Ivy alone still believes—both in magic and in its power to bring her father back.

But there are others in the world who believe in magick as well. Over the years, Ivy has glimpsed them—the strangers in black topcoats and hats who appear at the door, strangers of whom their mother will never speak. Ivy once thought them secret benefactors, but now she’s not so certain.

After tragedy strikes, Ivy takes a job with the reclusive Mr. Quent in a desperate effort to preserve her family. It’s only then that she discovers the fate she shares with a jaded young nobleman named Dashton Rafferdy, his ambitious friend Eldyn Garritt, and a secret society of highwaymen, revolutionaries, illusionists, and spies who populate the island nation of Altania.

For there is far more to Altania than meets the eye and more to magick than mere fashion. And in the act of saving her father, Ivy will determine whether the world faces a new dawn—or an everlasting night. . . .