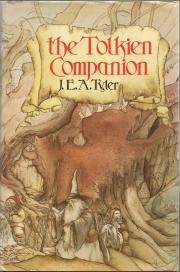 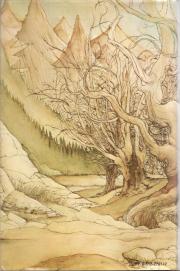 An invaluable reference work for all those entranced by the wonder of Middle Earth.

In The Lord of the Rings J R. R. Tolkien's Imaginative genius forged a new world, Middle Earth, complete with its own legends and history, Its own languages and peoples. J. E. A. Tyler has written The Tolkien Companion to guide the reader through this fascinating labyrinth. The author has compiled almost every known fact, name, "foreign" word, date, and etymological allusion occuring in Professor Tolkien's history of the Middle Earth of long ago into one complete and accessible concordance. It includes much of the High History of the Elven peoples, it sheds new light on the origins of Morgoth the Enemy, on his Fall, and on the subsequent rise to power of his servant, Sauron the Great, Lord of the Rings; it details the long and heroic story of how the various Free Peoples—Elves, Men, Ents, Dwarves, and Hobbits—attempted to maintain themselves against the greatest Peril of the Ancient World.

There is also a detailed guide to the various Elvish writing systems, together with explanatory maps, charts and genealogical tables developed by the compiler and drawn by Kevin Reilly.