A Fortress of Grey Ice 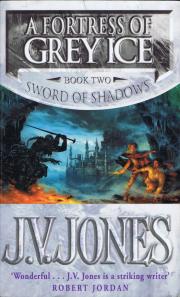 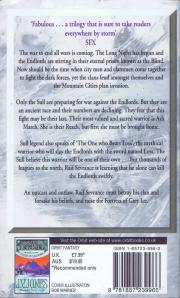 The war to end all wars is coming. The Long Night has begun and the Endlords are stirring in their eternal prison known as the Blind. Now should be the time when city men and clansmen come together to fight the dark forces, yet the clans feud amongst themselves and the Mountain Cities plan invasion.

Only the Sull are preparing for war against the Endlords. But they are an ancient race and their numbers are declining. They fear that this fight may be their last. Their most valued and sacred warrior is Ash March. She is their Reach, but first she must be brought home.

Sull legend also speaks of 'The One who Bears Loss', the mythical warrior who will slay the Endlords with the sword named Loss. The Sull believe this warrior will be one of their own... but thousands of leagues to the north, Raif Sevrance is learning that he alone can kill the Endlords swiftly.

An outcast and outlaw, Raif Sevrance must betray his clan and forsake his beliefs, and raise the Fortress of Grey Ice.