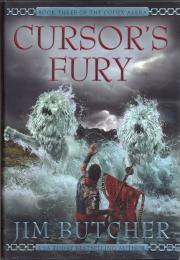 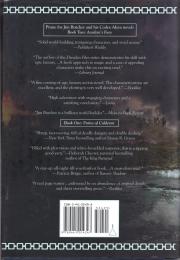 In Furies of Calderon and Academ's Fury, bestselling author Jim Butcher drew readers into a perilous world where the powerful forces of nature take physical form. For centuries, the people of Alera have hamessed these furies — elementals of earth, air, fire, teater, wood, and metal — to Protect their land from agaressors. But even the furies cannot sway the corruption that threatens to destroy the realm of Alera once and for all..

The power-hungry High Lord of Kalare has launched a merciless rebellion against the aging First Lord, Gaius Sextus. Caught off guard by the sheer power of Kalare's attack, Gaius and the loyal forces of Alera must fight for the survival of the realm beside the unlikeliest of allies the equally contentious High Lord of Aquitaine.

Countess Amara, Cursor to the First Lord, is tasked with the desperate rescue of valuable noble hostages taken by Kalare. The survival of the realm may hinge on the success of her mission. But is her ally, Lady Aquitaine, sincere in her efforts to assist—or will she betray the young Cursor and the First Lord she serves?

Sent away from the fires of war by the protective First Lord, young Tavi of Calderon joins a newly formed legion under an assumed name. Then the ruthless Kalare does the unthinkable: He unites vsith the Canim, bestial enemies of the realm whose vast numbers spell certain doom for Alera.
When treachery from within destroys the army's command structure, the young Cursor finds himself leading an inexperienced, poorly equipped legion the only force standing between the Canim horde and the war-torn realm...