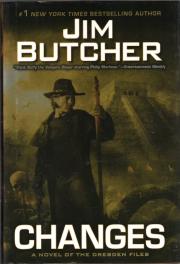 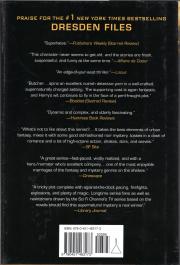 - What would you get if you crossed Spenser with Merlin? Probably you would come up with someone very like Harry Dresden." —THE WASHINGTON TIMES

As Chicago's only professional wizard, Harry Dresden has faced demons, vampires, werewolves, dark sorcerers, and hosts of horrors from beyond the mortal realm.

But nothing could have prepared him for this...

I answered the phone and Susan Rodriguez said, "They've taken our daughter. "

Long ago, Susan was Harry's lover—until she was attacked by his enemies, leaving her body and soul torn between her own humanity and the bloodlust of the vampiric Red Court. For both her sake and Harry's, Susan disappeared to South America, where she could fight both her savage gift and those who cursed her with it.

Now Arianna Ortega, Duchess of the Red Court, has discovered the secret Susan has long kept, and she plans to use it—against Harry. The Duchess blames Harry for the death of her husband, and she has desired revenge ever since. Susan's secret is the key that will force Harry to take the battle to her, on her own ground, where the might of the Red Court holds sway.

To prevail, he may have to do the unthinkable. For the raging fury of Harry's untapped power has always proved to be his greatest temptation. And now he may have no choice but to embrace the darkness within himself.

Because this time, Harry's not fighting to save a client, or the Council, or the world...

He's fighting to save his child.