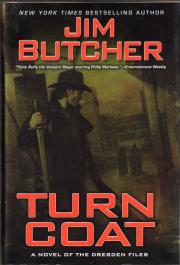 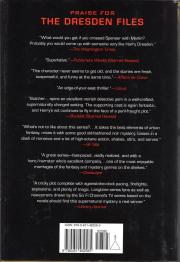 In the Dresden Files, New York Times bestselling author Jim Butcher has built a world hailed as "dynamic and complex, and utterly fascinating."* Now Chicago's Only professional wizard, Harry Dresden, is about to find that the one thing more dangerous than his mortal enemies may be his closest allies....

When it comes to the magical ruling body known as the White Council, Harry keeps his nose clean and his head down. For years, the Council has held a death mark over Harry's head. He's still thought of as a black sheep by some—and as a sacrificial lamb by others. But none regard him with more suspicion and disdain than Morgan, a veteran Warden with a grudge against anyone who bends the rules.

So when Morgan turns up asking for help, Harry isn't exactly eager to leap into action. Morgan has been accused of treason against the White Council—and there's only one final punishment for that crime. He's on the run, he wants his name cleared, and he needs someone with a knack for backing the underdog.

Now Harry must uncover a traitor within the Council, keep a less than agreeable Morgan under wraps, and avoid coming under scrutiny himself. And a single mistake may cost someone his head.