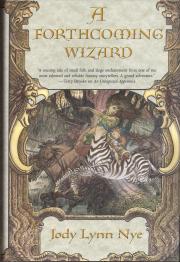 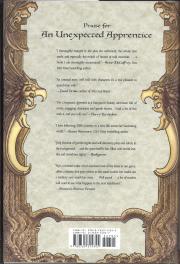 Halfling Tildi Summerbee led a typical, unexciting life, tending the house for her brothers while they managed the family farm until she was forced to assume the identity of her recently deceased brother and accept his position as apprentice to a great wizard.

Now she is central to an important quest where the lessons of her apprenticeship pale in comparison to those learned in life-or-death situations. She has become the guardian of a very special book that can alter everything in existence - a race of centaurs gone with an editor's pen, a mountain range flattened with a revised rune, and life as Tildi has known it changed in the blink of an eye. Some want to destroy the book. Others want to misuse it to erase the fantastic variety of creatures that live in this landscape of elves, centaurs, werewolves, and other mythical beasts.

Gone are Tildi's preconceptions of society and order.
Gone are her trusting ways and belief in her superiors' honesty.


But also gone is the shrinking violet halfling who masqueraded as a boy to secure an apprenticeship. Tildi has changed, and she realizes the responsibility that is now in her hands. And by her side is a formidable band of female questers who are every bit the equals of their male counterparts. But Tildi must also contend with betrayals on her quest not just of the heart, but those of world-shattering consequence as well.