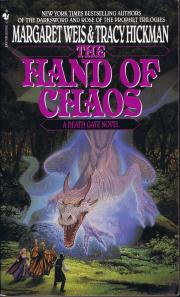 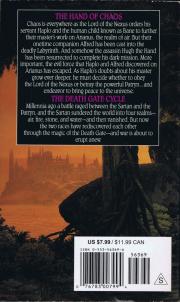 Chaos is everywhere as the Lord of the Nexus orders his servant Haplo and the human child known as Bane to further their master's work on Arianus, the realm of air. But their onetime companion Alfred has been cast into the deadly Labyrinth. And somehow the assassin Hugh the Hand has been resurrected to complete his dark mission. More important, the evil force that Haplo and Alfred discovered on Arianus has escaped. As Haplo's doubts about his master grow ever deeper, he must decide whether to obey the Lord of the Nexus or betray the powerful Patryn...and endeavor to bring peace to the universe.

Millenia ago a battle raged between the Sartan and the Patryn, and the Sartan sundered the world into four realms - air, fire, stone, and water - and then vanished. But now the two races have rediscovered each other through the magic of the Death Gate - and was is about to erupt anew.