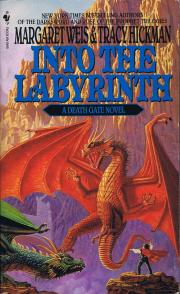 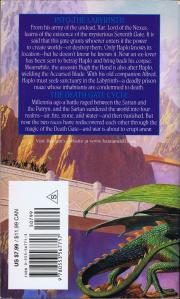 From his army of the undead, Xar, Lord of the Nexus, learns of the existence of the mysterious Seventh Gate. It is said that this gate grants whoever enters it the power to create worlds - or destroy them. Only Haplo knows its location — but he doesn't know he knows it. Now an ex-lover has been sent to betray Haplo and bring back his corpse.
Meanwhile, the assassin Hugh the Hand is also after Haplo, wielding the Accursed Blade. With his old companion Alfred, Haplo must seek sanctuary in the Labyrinth — a deadly prison maze whose inhabitants are condemned to death.

THE DEATH CYCLE Millennia ago a battle raged between the Sartan and the Patryn, and the Sartan sundered the world into four realms—air, fire, stone, and water—and then vanished. But now the two races have rediscovered each other through the magic of the Death Gate—and war is about to erupt anew.