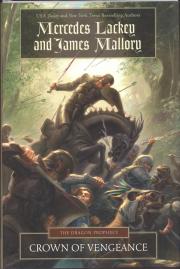 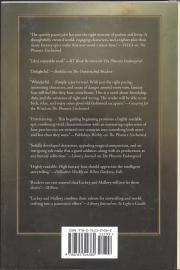 I lager
1 st.
Mercedes Lackey and James Mallory have created a masterful, magical fantasy world filled with Elves and demons, unicorns and goblins, and Mages and warriors. They've explored that world in six novels, including the USA Today bestseller To Light a Candle and the New York bestsellers When Darkness Falls and Tee Phoenix Transformed. Now, Lackey and Mallory tell a new story of this world in Crown of Vengance.

Many legends begin as history, and much history begins with a single person caught in an extraordinary time. So it is with the greatElven Queen Vieliessar of Farcarinon, Who was the first to lead the forces of Light against the Endarkened. Perhaps the greatest Elven Mage of all time, Vieliessar was the first person to ever bond with a dragon. On behalf of her people and to save her world, Vieliessar worked astonishing magicks and paid a heartrending price.

But long before those days, Vieliessar was Varuthir, a young orphan who dreamed of becoming a knight. Varuthir's dream was ripped from her when she was abruptly banished to the Sanctuary of the Star, to spend her life in service to the greatest Mages of theFortunate Lands.

The Sanctuary was Varuthir's prison — and Vieliessar's birthplace. For it was there that she learned that she was not just the last heir of the kingdom of Farcarinon but also the Child of the Prophecy, whose coming heralded the Dstruction of the hundred kingdoms. More, Vieliessar discovered that she was a Mage of undreamed-of power.

But Magecraft alone will not make Vieliessar High King over the Hundred Houses. Her campaign to seize the Unicorn Throne is a tale of loyalty and betrayal, of love and loss, sacrifice and salvation. Of moments of humaniry in the midst of war. And of the greatest battle of all, between Light and Dark.