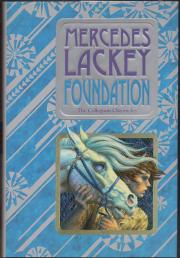 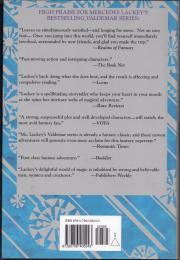 I lager
1 st.
The Collegium Chronicle

Mags had been working at Pieters' mine, slaving in the dark, cold seams looking, for as long as he could remember. The children who worked the mine were orphans, kids who had been abandoned„ who had lost their parents, or were generally unwanted. Cole Pieters who picked up these, pitiful trays preferred them around eleven though he would take them as young as nine if they were strong and looked as if they could do the work and withstand the punishing conditions. But Mags was different.

"Yer Bad Blood; boy, an' it's damn lucky for you that yer here an' we can put ye to work and keep those idle hands busy or ye'd be dancin' at rope's end already" Cole Pieters had told him. And Mags had no reason to question this information.

Mags was "Bad Blood", because his parents were bandits who had been killed in a raid by the Royal Guard. "Bad Blood" because he'd been found in a cradle in the bandits'camp. Blood so bad, that no one had wanted to take him in except Cole Pieters. And so he had come to the Pieters household as an infant, and from the moment his tiny hands could actually do anything, he'd been put to work, an unpaid, poorly fed, scantily clad, dirty little drudge.
WVhen he was old enough to see over the sides of the sluices he had gone to work at the mine. On his very first day had found pile of sparklies - enough to cover the palm of his hand.
"By the gods, ye've got the eyes of a magpie!" one of the Pieters boys had said. And that was how he had gotten his name.

Mags was good at survival. Every time he found a sparkly, it earned him an extra Niece of bread, and that extra piece of bread: kept him alive, unlike so many of the less fortunate kids who exposure and starvation at the Pieters mine.

Mags knew nothing of the world beyond the mine, and was unaware of how unusual his paltry existence was. Then some strangers on huge white horses forced their way past the Pieters family and carried him away to Haven to become a Herald Trainee.

Suddenly the whole world opened up for Mags. He was warm and well fed for the first time in his life, and be had Dallen, his Companion, who seemed more miraculous than an angel. But the world of the Collegium was not all heavenly. There was political upheaval in Valdemar's capital, for the ancient way of training Heralds — the system of one-on-one mentoring that had been successful for centuries — was failing. Many veteran Heralds had died in the wars, and there were too many Trainees to go around. A Heralds' Collegium was being built, and many thought it was wrong to train Heralds in classrooms the same way the Bardie and Healer Trainees were schooled. But dissent among the Heralds was not the only discord in Haven, for the court had been infiltrated by foreign "diplomats" who seemed to be more interested in seeding discontent than in actual diplomacy. .. and Mags seemed to be the only one who'd noticed...

MERCEDES LACKEY is and a full-time writer and has published numerous novels and of short fiction, including the bestselling HERALDS OF VALDEMAR series. She is also a professional lyricist and a licensed wild bird rehabilitator - she lives in Oklahoma with her husband and collaborator, artist Larry Dixon; and their flock of parrots.