The mammoth book of comic fantasy 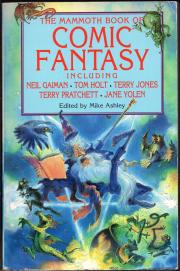 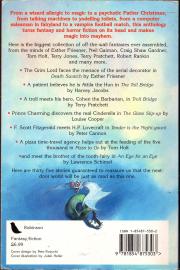 I lager
1 st.
From a wizard allergic to magic to a psychotic Father Christmas, from talking machines to yodelling toilets, from a computer salesman in fairyland to a vampire football match, this anthology turns fantasy and horror fiction on its head and makes magic into mayhem.

All-new edition of one of the bestselling Mammoths ever - from the funniest writers in the field, including Tom Holt and Esther Friesner. Some 35 off-the-wall comic fantasies feature in Mike Ashley's new collection, a mix of specially written stories and hard-to-find gems. A missionary plunged into the initiation rites of a lost tribe, a wizard allergic to magic and a man who finds his shoes have taken over control of his life - Ashley expertly turns fantasy and horror fiction on its head and magic into mayhem. Huge fun.