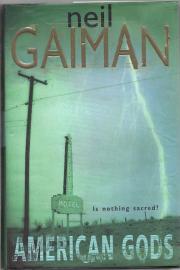 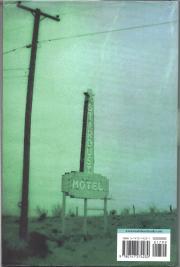 I lager
1 st.
Namnad försättsblad, etikett och namnAfter three years in prison, Shadow has done his time. But as the days, then the hours, then the minutes until his release tick away, he can sense something is about to go very wrong indeed. Two days before he is due to get out, his wife Laura dies in a mysterious car crash, apparently in adulterous circumstances. Dazed, Shadow makes his way back home, only to encounter en route the enigmatic Mr Wednesday, who claims to be a refugee from a distant war, a former god and the king of America.

Together they embark on a profoundly strange journey across the heart of the USA, along the way solving the murders which have occurred every winter in one small town and meeting a cast of weirdly familiar characters flung together by the shared sense of impending doom.
All around them a storm of preternatural and epic proportions threatens to break; And Shadow is being pursued doggedly by someone with whom he must somehow make his peace.

Scary, gripping and deeply unsettling, American Gods takes a long hard look into the soul of America. You'll be surprised by what — and who it finds there