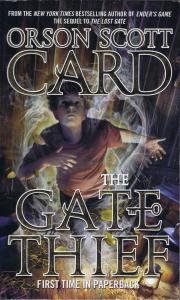 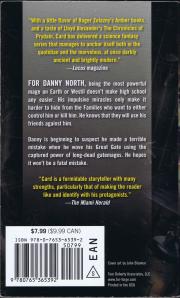 In this sequel to "The Lost Gate," bestselling author Card continues his fantastic tale of the Mages of Westil who live in exile on Earth. Danny North is in school, yet he holds all the stolen outselves of 13 centuries of gatemages. The Families still want to kill him, but they can't control him. He is far too powerful. For Danny North, being the most powerful mage on Earth of Westil doesn't make high school any easier. His impulsive miracles only make it harder to hide from the Families who want to either control him or kill him. He knows that they will use his friends against him.

Dranny is beginning to suspect he made a terrible mistake when he wove his Great Gate using the captured power of long-dead gatemages. He hopes it won't be a fatal mistake.