Shadow of the Giant 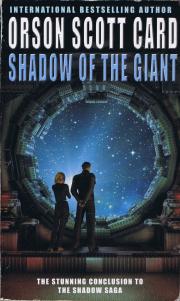 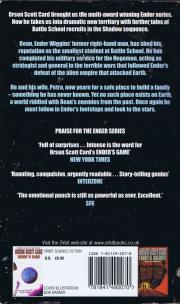 Skick: Välläst pocket, vikmärken och snedläst rygg.I övrigt bra.
Bean, Ender Wiggins' former right-hand man, has shed his reputation as the smallest student at Battle School. He has completed his military service for the Hegemon, acting as strategist and general in the terrible wars that followed Ender's defeat of the alien empire that attacked Earth.

He and his wife, Petra, now yearn for a safe place to build a family - something he has never known. Yet no such place exists on Earth, a world riddled with Bean's enemies from the past. Once again he must follow in Ender's footsteps and look to the stars.