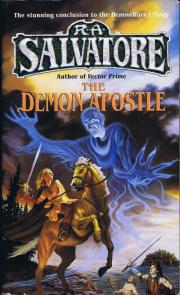 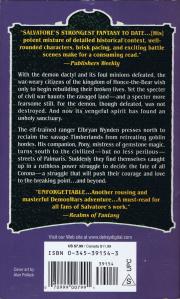 With the demon dactyl and its foul minions defeated, the war-weary citizens of the kingdom of Honce-the-Bear wish only to begin rebuilding their broken lives. Yet the specter of civil war haunts the ravaged land -- and a specter more fearsome still. For the demon, though defeated, was not destroyed. And now its vengeful spirit has found an unholy sanctuary.

The elf-trained ranger Elbryan Wynden presses north to reclaim the savage Timberlands from retreating goblin hordes. His companion, Pony, mistress of gemstone magic, turns south to the civilized -- but no less perilous -- streets of Palmaris. Suddenly they find themselves caught up in a ruthless power struggle to decide the fate of all Corona -- a struggle that will push their courage and love to the breaking point...and beyond.