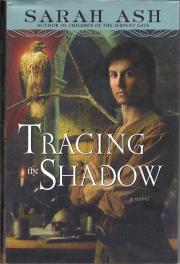 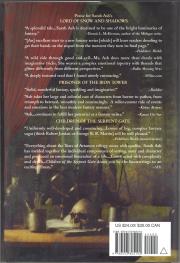 I lager
1 st.
Sarah Ash's acclaimed trilygy, the Tears of Artamon, was a stunning blend of sorcery and intrigue, politics and breathtaking imagery. Now this gifted storyteller returns with a tale of a siege between kingdoms, and a battle between heretics and believers— each with their own truths, their own lies, and their own soul-shattering discoveries waiting to be made.

The kingdom of Francia has purged its magi. But when a young Guerrier rescues an orphaned street waif, little does he know that she is the daughter of a magus who met his end on their pyres—or that she is guarded by an aethyric spirit and driven by the name of the traitor who condemned her father to flames. With the gift of song infused within her, the child's voice will bring her before the most powerful heads of state. And she will craft herself into a weapon...aimed at the heart of the man she despises.

From the alchymist's apprentice whose discovery leads him into a dark partnership to a girl who will become the toast of three nations, a new magic will grant powers and ignite dangers beyond all reckoning.

A timeless tale of adventure, battle, and beauty, this dazzling story spans the realms of the human and the immortal, the schemes of the power hung/y, the dreams of lovers, and the resurrection of the fallen in one magnificent epic fantasy.