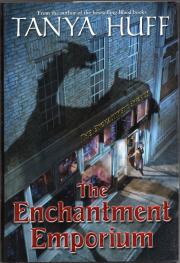 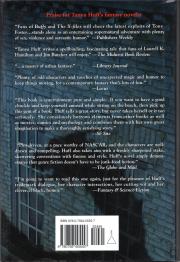 I lager
1 st.
From Tanya Huff, the author of the acclaimed Blood and Smoke novels, and The Keeper's Chronicles series, comes a brand-new modern urban fantasy novel set largely in Calgary, and featuring Alysha Catherine Gale, the kind of gutsy yet caring heroine that is Tanya Huff's trademark.

The Gales can change the world with the charms they cast, and they like to keep all this power in the family. Some people might describe them as witches, and that might not be inaccurate if you are willing to be a bit flexible about the definition of a witch. No one would deny that folk magic works for them, and there are those occasional broom flights.... Most of their neighbors have long since learned that it's not a good idea to get the Gales riled up, especially not at certain times of the year.

The Gale Aunties are in charge of the family, or they think they are. And Alysha Catherine Gale, like all her Cousins, often finds herself beset by too many Aunties trying to run her life, both personally and magically. So when the letter from her Gran arrives telling her that she's inherited a junk shop in Calgary, Alysha is ready and willing to honor her grandmother's last request to keep the shop open and serve the "community." Of course, all of the Aunties want her to find out what really happened to Gran and then come back home to southern Ontario where she belongs, and where they pretty much have her future mapped out for her.

It isn't till she gets to Calgary that she realizes it is the fey community she'll be serving in her shop, The Enchantment Emporium—and that one person's "junk" may be another person's magical treasure.

Finding out what happened to Gran will not be easy, not even with the aid of an overgrown leprechaun assistant whom she seems to have inherited along with the store. She also has no way of anticipating just how much otherworldly trouble is brewing in Calgary. As if magical threats from unknown sources aren't bad enough, there's also a pesky and persistent—and, yes, rather attractive—reporter with a high-caliber secret of his own snooping around.

As the town gears up for a sorcerous battle royale, Alysha begins to realize that even calling in family reinforcements may not be enough to save the day...