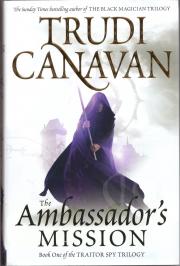 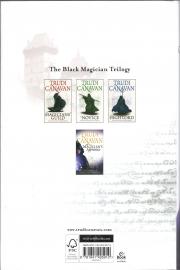 I lager
1 st.
As the son of the late High Lord Akkarin, saviour of the city, and Sonea, the former street urchin turned Black Magician, Lorkin has a legacy of heroism and adventure to live up to. So when Lord Dannyl takes the position of Guild Ambassador to Sachaka, Lorkin volunteers to be his assistant in the hopes of making his mark on the world.

When news comes that Lorkin is in danger, the law that forbids Black Magicians leaving the city forces Sonea to trust that Dannyl will save him, and now Cery needs her as never before. Someone has been assassinating Thieves, and when his family is targeted he finds evidence that this Thief Hunter uses magic.

Either a member of the Guild is hunting down the Thieves one by one, or there is once again — a rogue on the streets of Imardin. But this one has full control of their powers and is willing to kill with them. Sonea, former street urchin, now a Black Magician of Kyralia, is horrified when her son, Lorkin, volunteers to assist Dannyl in his new role as Guild Ambassador to Sachaka, a land still ruled by cruel black magicians. When word comes that Lorkin has gone missing Sonea is desperate to find him, but if she leaves the city she will be exiled forever, and besides, her old friend Cery needs her help. Most of his family has been murdered - the latest in a long line of assassinations to plague the leading Thieves. There has always been rivalry, but lately it seems the Thieves have been waging a deadly underworld war, and now it appears they have been doing so with magical assistance ...