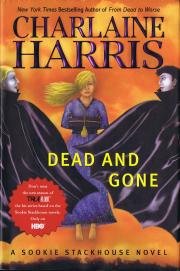 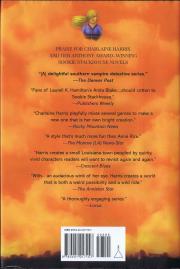 Alla varianter:
Bokformat:
Inbunden
Slut i lager.
Pocket
Slut i lager.
For Sookie Stackhouse, the day-to-day activities of the vampire and Were communities in and around Bon Temps, Louisiana, are of vital interest. She’s blood bound to the leader of the vamps, is a friend to the local Were pack, works for a man who is a shifter, and has a brother who is a were-panther….

But for most humans in Bon Temps, the vamps are mysterious, seductive creatures – and they don’t even know about the Weres. Until now. The Weres and shifters have finally decided to follow the lead of the undead and reveal their existence to the ordinary world.

At first it seems to goes well. Then the mutilated body of a were-panther is found near the bar where Sookie works. The victim is someone she knows, so she feels compelled to discover who - human or otherwise, did the deed.

But what she doesn’t realize is that there is a much greater danger than the killer threatening Bon Temps. A race of unhuman beings - older, more powerful, and more secretive than vampires or werewolves - is preparing for war. And Sookie finds herself an all-too-human pawn in their battle…