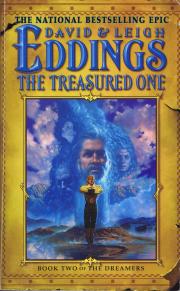 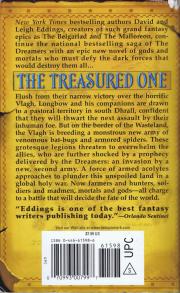 I lager
1 st.
Lässtreck på rygg, Rygg något sned, Lite skav på ryggFlush from their narrow victory over the horrific Vlagh, Longbow and his companions are drawn to a pastoral territory in south Dhrall, confident that they will thwart the next assault by their inhuman foe.

But on the border of the Wasteland, the Vlagh is breeding a monstruous new army of grotesque legions threaten to overwhelm the allies, who are further shocked by a prophecy delivered by the Dreamers: an invasion by a new, second army. A force of armed acolytes approaches to plunder this unspoiled land in a global holy war. Now farmers and hunters, soldiers and madmen, mortals and gods - all charge to a battle that will decide the fate of the world.