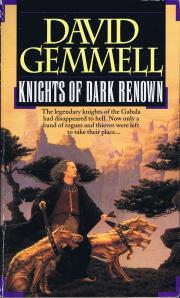 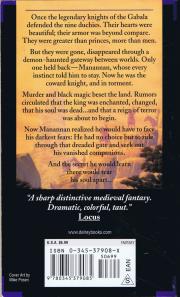 Once the legendary knights of the Gabala defended the nine duchies. Their hearts were beautiful; their armor was beyond compare. They were greater than princes, more than men.

But they were gone, disappeared through a demon-haunted gateway between worlds. Only one held back -- Manannan, whose every instinct told him to stay. Now he was the coward knight, and in torment.

Murder and black magic beset the land. Rumors circulated that the king was enchanted, changed, that his soul was dead . . . and that a reign of terror was about to begin.

Now Manannan realized he would have to face his darkest fears: he had no choice but to ride through that dreaded gate and seek out his vanished companions.
And the secret he would learn there would tear his soul apart . . . .