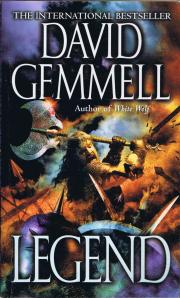 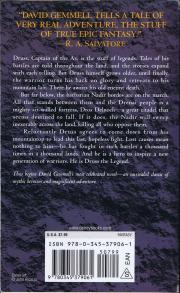 Druss, Captain of the Ax, is the stuff of legends. Tales of his battles are told throughout the land, and the stories expand with each telling. But Druss -himself grows older, until finally, the warrior turns his back on glory—and retreats to his mountain lair. There he awaits his old enemy: death.

But far below, the barbarian Nadir hordes are on the march. All that stands between them and the Drenai people is a mighty six-walled fortress, Dros Delnoch—a great citadel that seems destined to fall. If it does, the Nadir will sweep inexorably across the land, killing all who oppose them.

Reluctantly Druss agrees to come, down from his mountaintop to lead this last, hopeless fight. Lost causes mean nothing. to him — he has fought in such battles a thousand times in a thousand lands. And he is a hero to inspire a new generation of warriors. He is Druss the Legend.