The King beyond the Gate 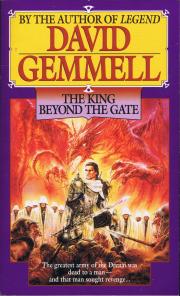 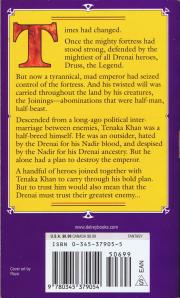 Times had changed.
Once the mighty fortress had stood strong, defended by the mightiest of all Drenai heroes, Druss, the Legend.

But now a tyrannical, mad emperor had seized control of the fortress. And his nvisted will was carried throughout the land by his creatures, the Joinings — abominations that were half-man, half-beast.

Descended from a long-ago political intermarriage between enemies, Tenaka Khan was a half-breed himself. He was an outsider, hated by the Drenai for his Nadir blood, and despised by the Nadir for his Drenai ancestry. But he alone had a plan to destroy the emperor.

A handful of heroes joined together with Tenaka Khan to carry through his bold plan. But to trust him would also mean that the Drenai must trust their greatest enemy...