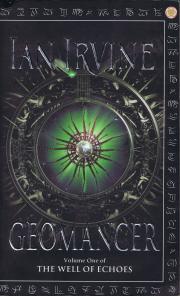 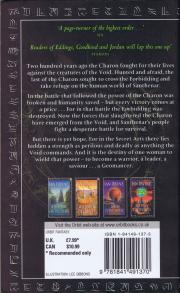 Two hundred years ago the Charon fought for their lives against the creatures of the Void. Hunted and afraid, the last of the Charon sought to cross the Forbidding and take refuge on the human world of Santhenar.

In the battle that followed the power of the Charon was broken and humanity saved - but every victory comes at a price... For in that battle the Forbidding was destroyed. Now the forces that slaughtered the Charon have emerged from the Void, and Santhenar's people fight a desperate battle for survival.

But there is yet hope. For in the Secret Arts there lies hidden a strength as perilous and deadly as anything the Void commands. And it is the destiny of one woman to wield that poewr - to become a warrior, a leader, a saviour... a Geomancer. 'A page-turner of the highest order.' - SFX
'Readers of Eddings, Goodkind and Jordan will lap this one up.' - Starlog