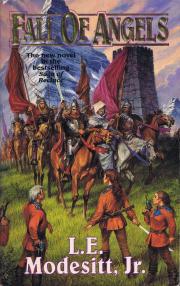 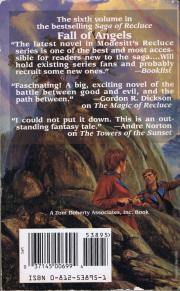 The sixth book of the Saga of Recluce moves deep into Recluce's past to chronicle the founding of the Empire of the Legend, the domain ruled by women warriors on the higland plateau of Candar. A revolutionary new society will be born if Nyland can get defences in place before the army arrives.

"The latest novel in Modesitt's Recluse series is one of the best and most accessible for readers new to the saga... Will hold existing series fans and probably recruit some new ones" --Booklist

"Fascinating! A big, exciting novel of the battle between good and evil, and the path path between." —Gordon R. Dickson on The Magic of Recluce

"I could not put it down. This is an outstanding fantasy tale." --Andre Norton on The Towers of the Sunset