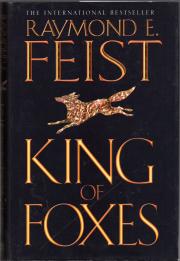 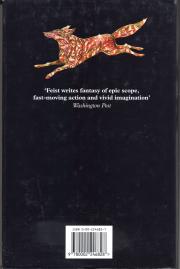 I lager
1 st.
Rygg något snedA POWERFUL NEW ADVENTURE FROM ONE OF THE WORLD'S GREAT STORYTELLERS.

Talon, last of the Orosini tribe has been transformed by the Conclave of Shadows from a trusting young boy to the dashing young nobleman Talwin Hawkins, now Roldem's premier swordsman. The title, won at the Masters' Court, before the King, brought him a step closer to his desire to avenge the massacre of his family. Two participants in the slaughter are already dead by his hand; Lieutenant Campaneal fell under his blade during the Masters' Tournament, and Raven, the mercenary captain, died whilst trying to butcher an Orodon village, just as he destroyed Tal's people.

But Tal's desire for vengeance will not be satisfied until the reason for the massacres has been uncovered and their architect revealed and punished. The Conclave demands its membership price from Tal: he must gather information on Laso Varen, a magician of terrible power and subtle craft, dangerous beyond contemplation. And to do this means service with the sorcerer's master, Duke Kaspar of Olasko swearing loyalty to the very man who ordered the destruction of everything Tal loved.

Tal must now face the dilemma of serving two masters, two deadly enemies: Kaspar of Olasko and the Conclave of Shadows.