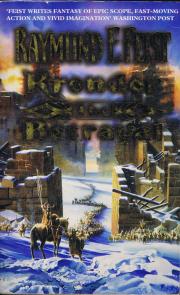 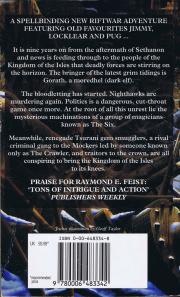 It is nine years on from the aftermath of Sethanon and news is feeding through to the people of the Kingdom of the Isles that deadly forces are stirring on the horizon. The bringer of the latest grim tidings is Gorath, a moredhel (dark elf).

The bloodletting has started. Nighthawks are murdering again. Politics is a dangerous, cut-throat game once more. At the root of all this unrest lie the mysterious machinations of a group of magicians known as The Six.

Meanwhile, renegade Tsurani gem smugglers, a rival criminal gang to the Mockers led by someone known only as The Crawler, and traitors to the crown, are all conspiring to bring the Kingdom of the Isles to its knees.