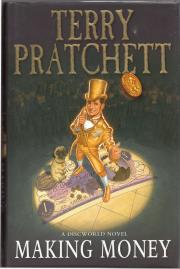 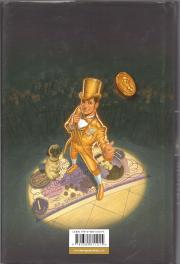 I lager
1 st.
Alla varianter:
Bokformat:
Inbunden
I lager
Pocket
Slut i lager.
It's an offer you can't refuse.

Who would not wish to be the man in charge of Ankh-Morpork's Royal Mint and the bank next door?

It's a job for life. But, as former conman Moist von Lipwig is learning, life is not necessarily for long.

The Chief Cashier is almost certainly a vampire. There's something nameless in the cellar (and the cellar itself is pretty nameless), and it turns out that the Royal Mint runs at a loss. A three-hundred-year-old wizard is after his girlfriend, he's about to be exposed as a fraud, bu the Assassin's Guild might get him first. In fact, a lot of people want him dead.

Oh. And every day he has to take the Chairman for walkies.

What he should be doing is...
Making Money!