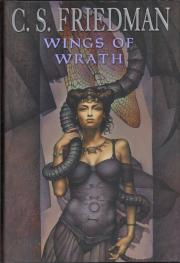 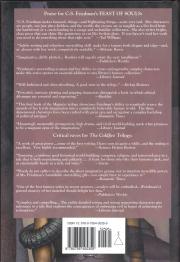 At the end of her bestselling Coldfire Trilogy, C. S. Friedman challenged readers to imagine what a world would be like if sorcery required the ultimate sacrifice...that of life itself. Now, in a groundbreaking new fantasy series, The Magister Trilogy, she introduces us to a terrifying world in which the cost of magic is just that—in which the fuel for sorcery is the very fire of the human spirit, and those who hunger for magical power must pay for it with their lives. In this epic tale of nightmare shadows and desperate hope, the greatest threat of all may not be that of ancient enemies returned, or ancient wars resumed, but of the darkness that lies within the hearts of men.

Against all odds, the young peasant woman Kamala has proven strong and determined enough to claim the most powerful sorcery for her own—the sorcery of the Magisters.
Only the Magisters can draw on the power of a human soul without dying for it — by draining the soulfire of others—and they guard this fearsome secret above all else. But Kamala's rise to power is not without cost.
Now this shadowy brotherhood hunts her for killing one of its own, and her only hope of survival may lie in fleeing to the northern Protectorates, where spells are warped by a magical barrier called the Wrath that even the Magisters fear. Intended to protect humanity from the demons called souleaters, the Wrath now appears to be weakening, and the shadow of the ancient enemy is once more spreading across the land.

In the High Kingdom, where the monk Salvator Aurelius has just claimed his father's throne, the unity of a great empire is about to be tested...along with its ruler's faith

In the north, the Guardians of the Wrath will discover the terrifying truth of the Wrath's origin...and the ultimate sacrifice that knowledge demands. And in the sun-kissed southern climes of Sankara, the woman called the Queen is about to receive an offer she dare not refuse: true immortalitv, and revenge upon the Magisters who used and abandoned her. But acceptance will require that she become something other than human, and agree to serve those who pave the way for the souleaters' return... for this time the enemy has allies.

Against a backdrop of knife-edged politics and dark prophecies, those who are sworn to protect the human lands must uncover the reality that lies at the heart of ancient legends, as they struggle to defeat an enemy that once brought mankind to the very brink of destruction.