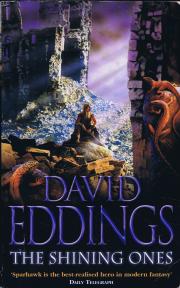 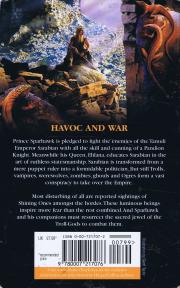 Alla varianter:
Bokformat:
Inbunden
I lager
Häftad
Slut i lager.
Pocket
Slut i lager.
Prince Spearhawk is pledged to fight the enemies of the Tamuli Emperor Sarabian with all the skill and cunning of a Pandion Knight. Meanwhile his Queen, Ehlana, educates Sarabian in the art of ruthless statesmanship. Sarabian is transformed from a mere puppet ruler into a formidable politician. But still Trolls, vampires, werewolves, zombies, ghouls and Ogres form a vast conspiracy to take over the Empire.

Most disturbing of all are reported sightings of Shining Ones amongst the hordes. These luminous beings inspire more fear than the rest combined. And Sparhawk and his companions must resurrect the sacred jewel of the Troll-Gods to combat them.