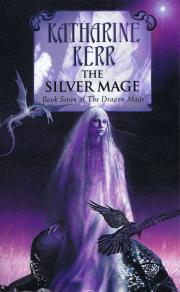 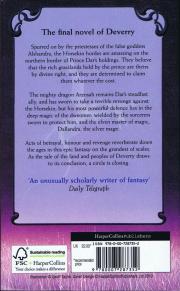 Spurred on by the priestesses of the false goddess Alshandra, the Horsekin hordes are massing on the northern border of Prince Dar's holdings. They believe that the rick grasslands held by the prince are theirs by divine right, and they are determined to claim them whatever the cost.

The mighty dragon Arzosah remains Dar's steadfast ally, and has sworn to take a terrible revenge against the Horsekin, but his most powerful defence lies in the dep magic of the dweomer: wielded by the sorcerers sworn to protect him, and the elven master of magic, Dallandra, the silver mage.

Acts of betraual, honour and revenge reverberate down the ages in this epic fantasy on the grandest of scales. As the tale of the land and peoples of Deverry draws to its conclusion, a circle is closing.