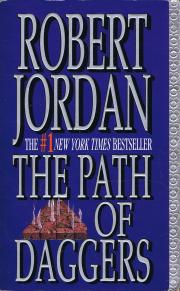 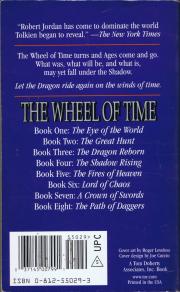 Alla varianter:
Bokformat:
Inbunden -98
Slut i lager.
Inbunden -98
Slut i lager.
Pocket -99
Slut i lager.
Pocket -99
Slut i lager.
"Robert Jordan has come to dominate the world Tolkien began to reveal."--"The New York Times"
The Wheel of Time turns, and Ages come and pass. What was, what will be, and what is, may yet fall under the Shadow." Let the Dragon ride again on the winds of time."
THE WHEEL OF TIME
Book One: "The Eye of the World"
Book Two: "The Great Hunt"
Book Three: "The Dragon Reborn"
Book Four: "The Shadow Rising"
Book Five: "The Fires of Heaven"
Book Six: "Lord of Chaos"
Book Seven: "A Crown of Swords"
Book Eight: "The Path of Daggers"
Book Nine: "Winter's Heart"
Book Ten: "Crossroads of Twilight"