The Fires of heaven 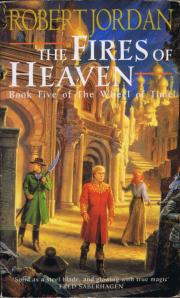 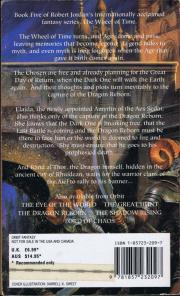 The Wheel of Time turns, and Ages come and pass, leaving memories that become legend. Legend fades to myth, and eveb myth is long forgotten when the Age that gave it birth comes again.

The Chosen are free and already planning for the Great Day of Return, when the Dark One will walk the Earth again. And their thoughts and plots turn inevitably to the capture of the Dragon Reborn.

Elaida, the newly appointed Amyrlin of the Aes Sedai, also thinks only of the capture of the Dragon Reborn. She knows that the Dark One is breaking free, that the Last Battle is coming and the Dragon Reborn must be there to face him or the world is doomed to fire and destruction. She must ensure that he goes to his prophesied death.

And Rand al'Thor, the Dragon himself, hidden in the city of Rhuidean, waits for the warrior clans of the Aiel to rally to his banner.