Prince of the blood 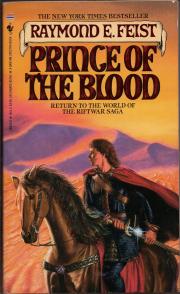 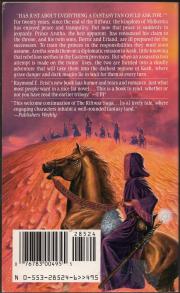 For twenty years, since the end of the Riftwar, the kingdom of Midkemia has enjoyed peace and tranquility. But now that-peace is suddenly in jeopardy. Prince Arutha, the heir apparent, has renounced his claim to the throne, and his twin sons, Borric and Erland, are ill prepared for the succession. To train the princes in the responsibilities they must soon assume, Arutha sends them on a diplomatic mission to Kesh, little knowing that rebellion seethes in the Eastern provinces. But when an assassination attempt is made on the twins' lives, the two are hurtled into a deadly adventure that will take them into the darkest regions of Kesh, where grave danger and dark magics lie in wait for them at every turn.